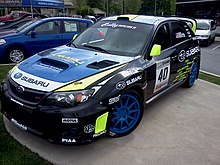 David Mirra has not played any of the last 5 games for Hawthorn.

David Michael Mirra (April 4, 1974 – February 4, 2016) was an American BMX rider who later competed in rallycross racing. Mirra held the record for most X Games medals in BMX Freestyle, and medalled in every X Games from when they started in 1995 up to 2009. As a BMX rider, he was known primarily as a vert ramp and park rider. He had also competed for several years with the Subaru Rally Team USA as a rallycross driver. He rode and was sponsored by Haro Bikes from the mid 1990s until starting his own bike company. Mirra was a member of the team which won the 2014 Race Across America four-person male (under 50) category. Mirra died by way of suicide on February 4, 2016. He was inducted into the BMX Hall of Fame on June 11, 2016.

Player info and photos from http://en.wikipedia.org/wiki/David_Mirra